For the 12th straight year, Norway was ranked the top country to live in by the UN Development Program. “Norway has over time managed to increase its income, and at the same time, ensured that incomes are relatively evenly distributed,” Jens Wandel, who runs the program’s administrative department,says. The program uses the Human Development Index — a statistic factoring education, per-capita income and life expectancy — to determine a country’s rank. Australia, Switzerland and Denmark all made it into the top five. The United States came in 8th — right before Canada and after Ireland. Worst on the list was Niger, followed closely by the Central African Republic and Eritrea. Countries with the steepest HDI drops included Syria, which slipped 15 places, and Libya, which dropped 27 places. 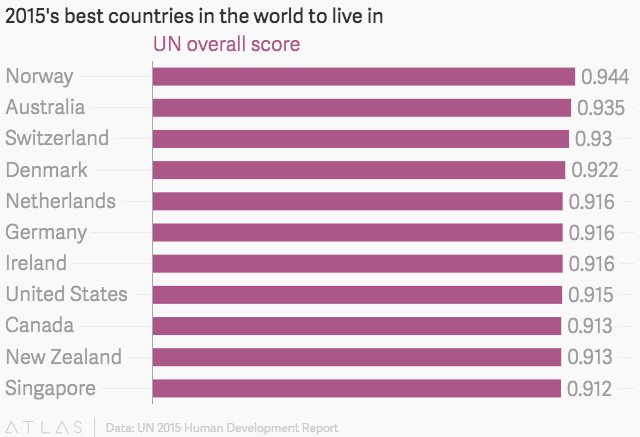